After a 18 hours of flying, we finally made it to Belgrade in the early evening. We were originally supposed to have a group dinner together at a traditional Serbian restaurant but after 12 pieces of lost luggage and hours of waiting at the airport, everyone was just ready to go to the hotel. We stayed at the Hotel Slavija which is an old Soviet style hotel with a certain charm and character that you can’t quite understand until you stay a night there.

We unpacked quickly because we were all starving and ventured out into the city to find something to eat. Of course, since it was out first night in a new country we wanted to try something typically Serbian but once the sky showed that it was about to pour rain, we settled for a simple American style hamburger. This was our first experience with the language barrier that we would be dealing with for the next two weeks. Since none of could actually read what came on any of the burgers we all ordered by faith and just hoped for the best. Like I said, we were beyond hungry so we would’ve eaten anything at that point. Our burgers weren’t bad but they didn’t come with anything on them and in typical American fashion, we asked for ketchup right away. 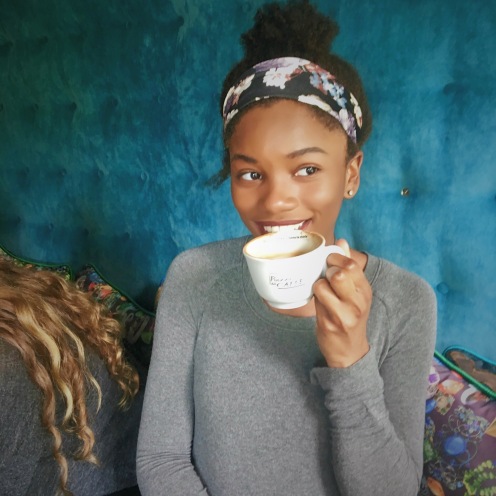 Processed with VSCO with v5 preset

Since everyones sleep schedules were messed up, we all woke up pretty early. Instead of trying to fall back asleep, a group of us went to find the one thing all tired travelers need…COFFEE. We found the cutest coffee shop on accident called Pizza del Caffe that soon became our favorite spot. We walked in and and we so surprised to find such a chill atmosphere. Oh and the high speed wifi was also a plus. At first, we were all going to order a basic drink but thanks to someone asking what a drink was on the menu we all became OBSESSED with the Cappuccino Med Pomordranza- an orange honey cappuccino. 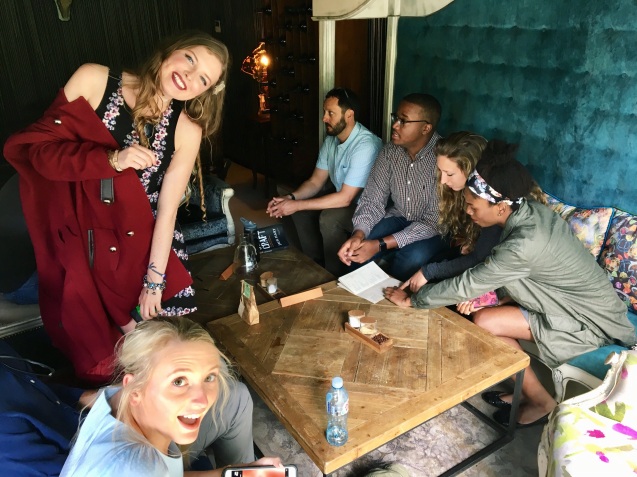 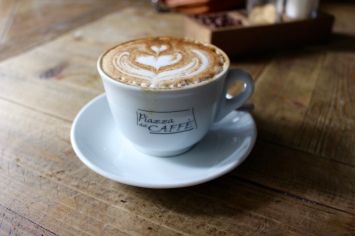 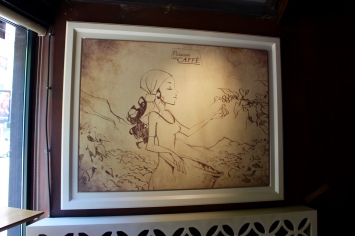 Next up was our sight seeing tour of Belgrade. The first stop was The Church of Saint Sava which is one of the largest Orthodox churches in the world. We went on a good day because there was some sort of performance going on with a lot of cute dancing children so it was a nice glimpse of Serbian religious culture! 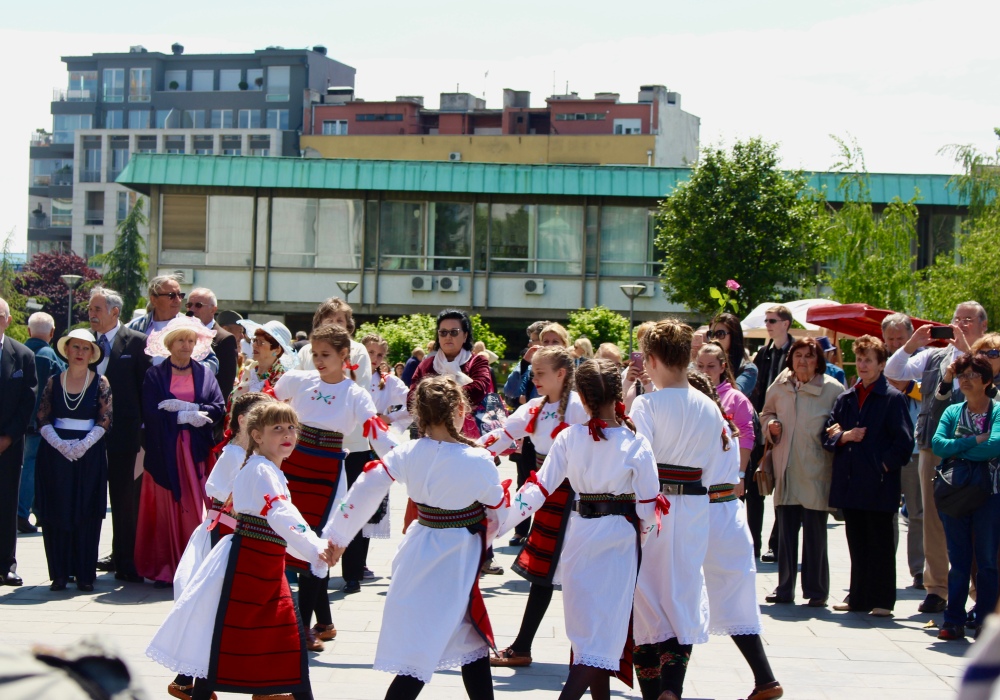 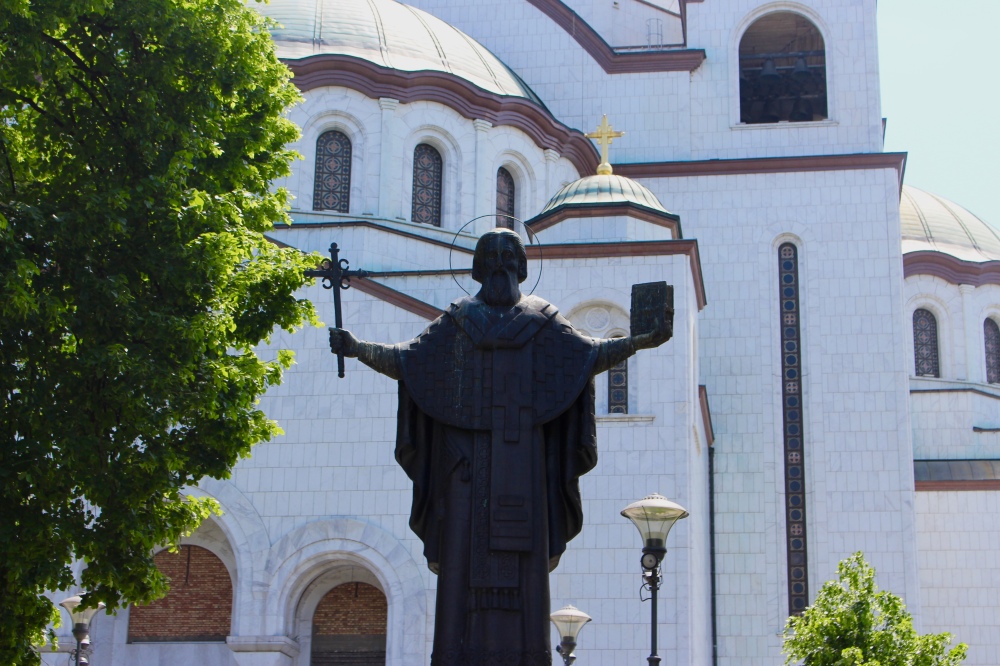 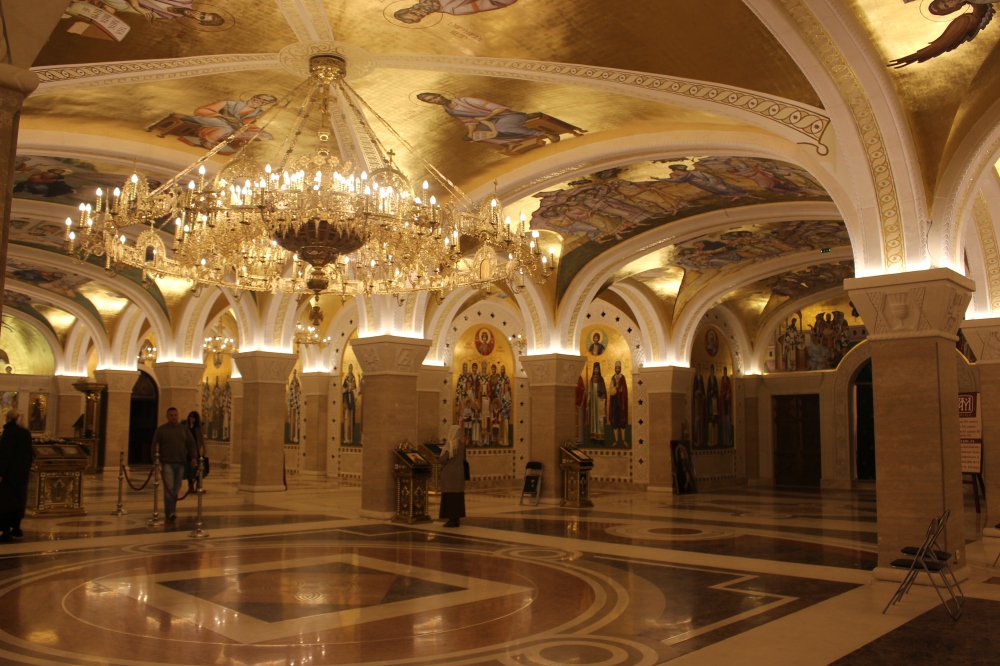 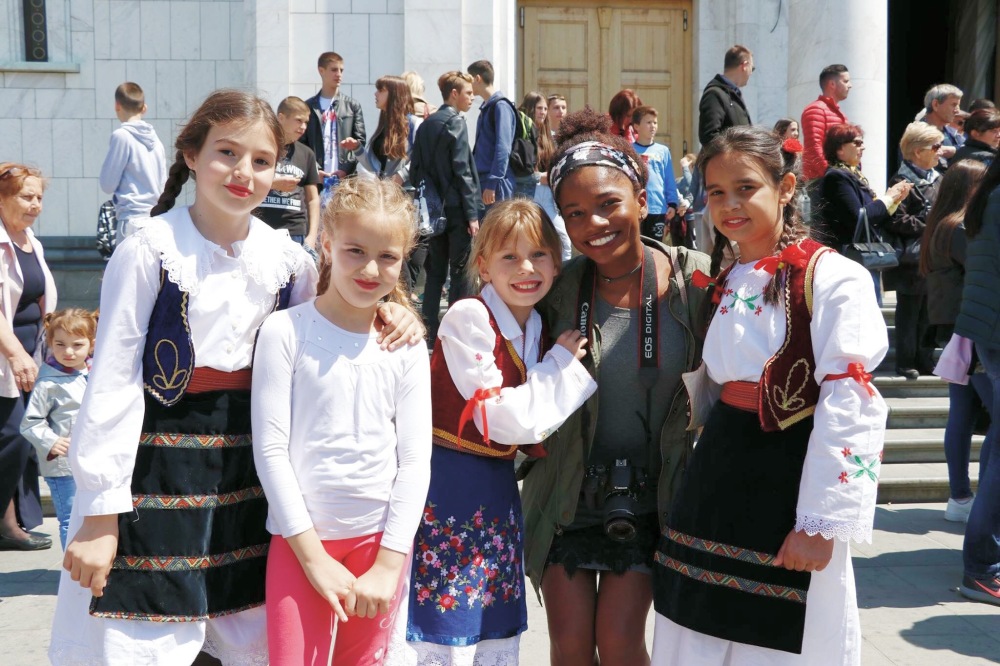 After this we took a short lunch break and my friends and I went to a place called Burrito Madre. It was essentially a Serbian Chipotle but much much MUCH cheaper and I’m sure a a lot healthier. We continued our sightseeing by walking to Sava River. The view was so gorgeous especially since it was right in the middle of the day. 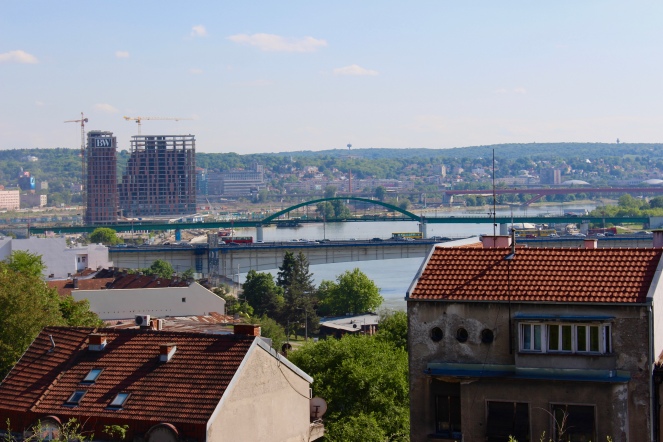 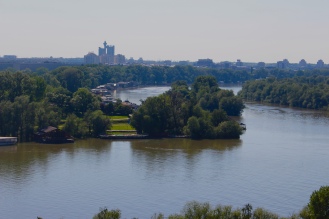 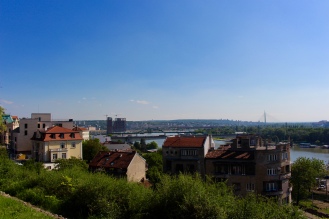 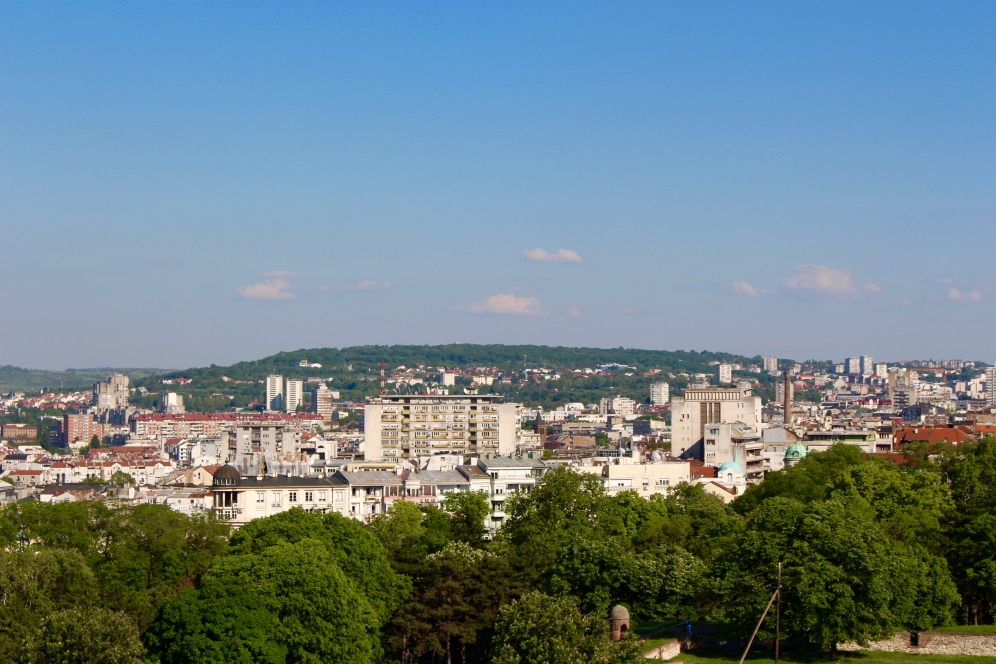 From the Sava River we walked to the Belgrade Fortress AKA where everyones new Facebook profile pictures were taken. The view from the fortress was amazing! The sky was so blue and clear so you could see for miles and miles. 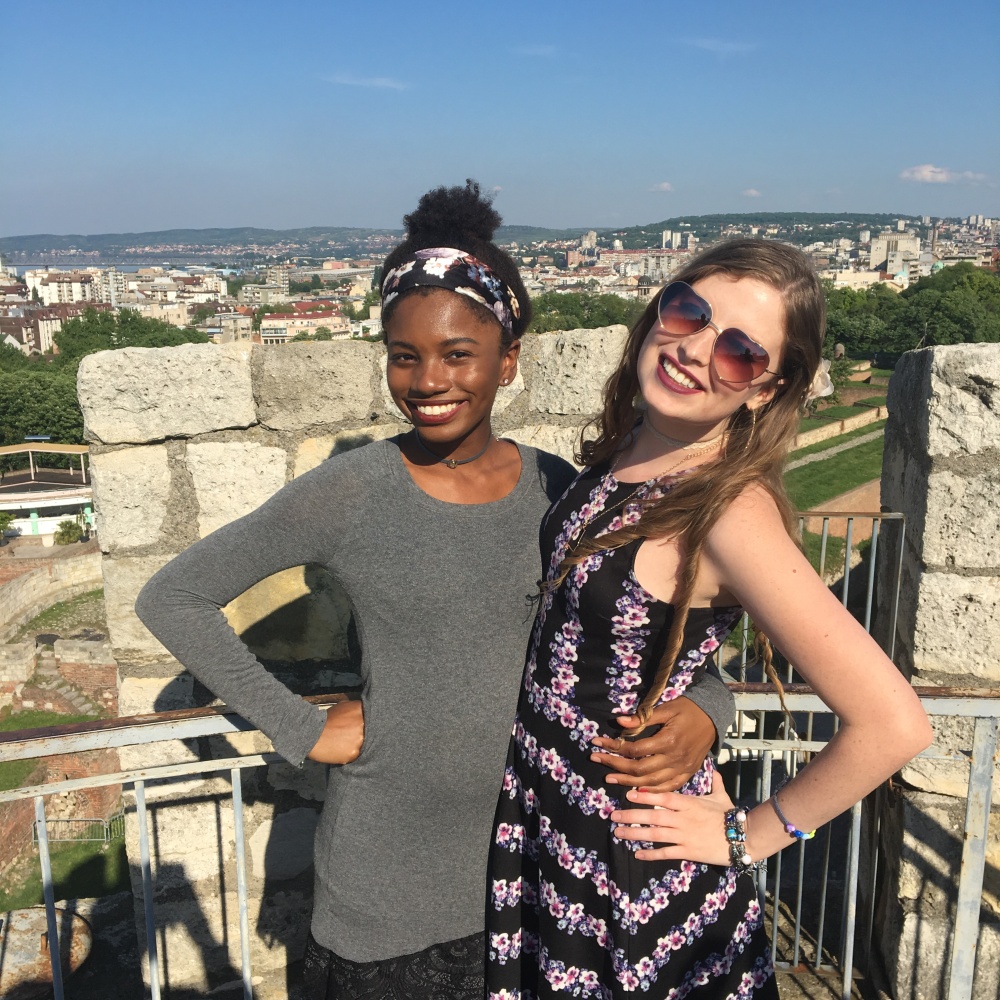 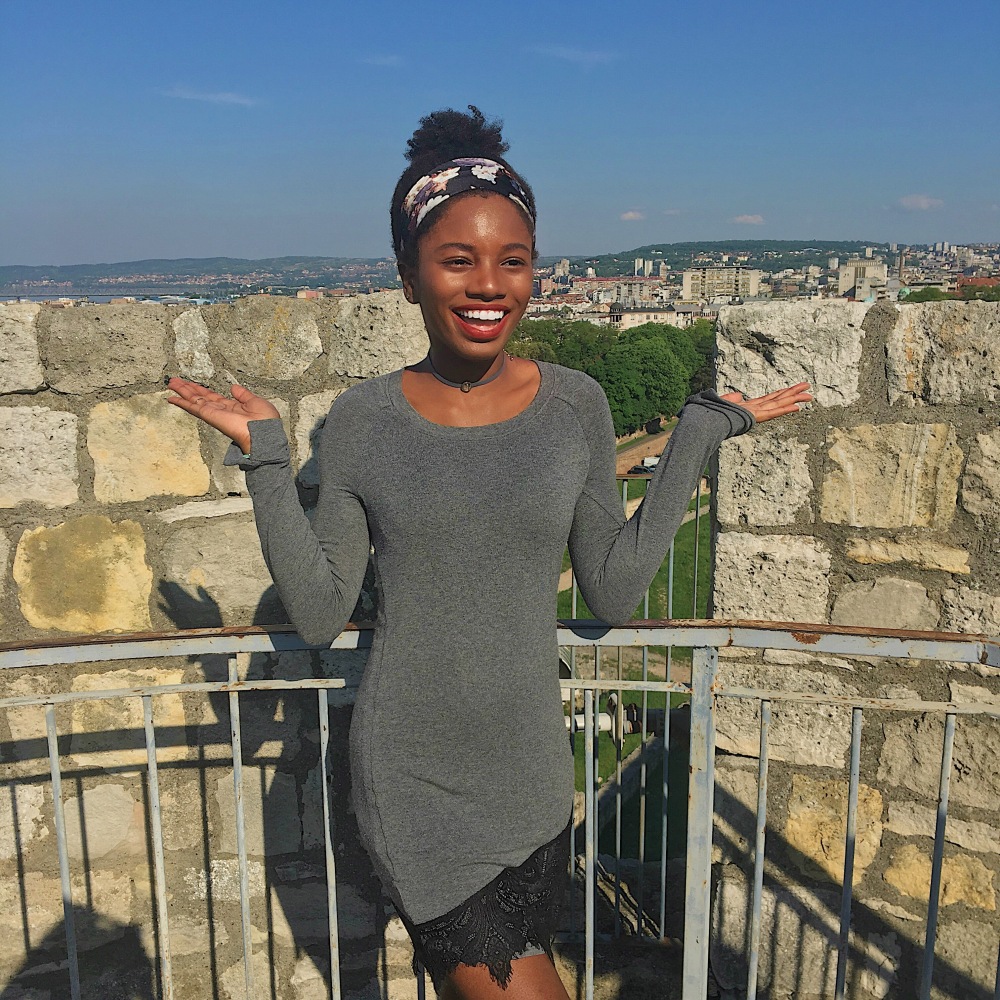 We ended the day by walking around the city to Knez Mihailova which is the fancy shopping street and then went to dinner at a traditional Serbian restaurant. They brought out HEAPS of food so all of the many miles of walking we did all day was worth it. 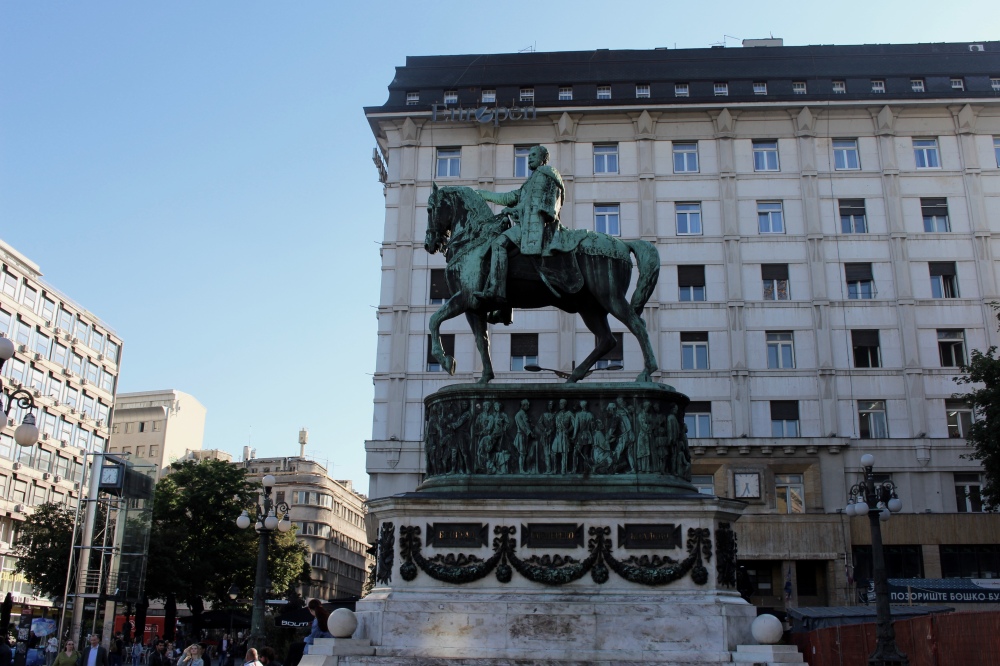 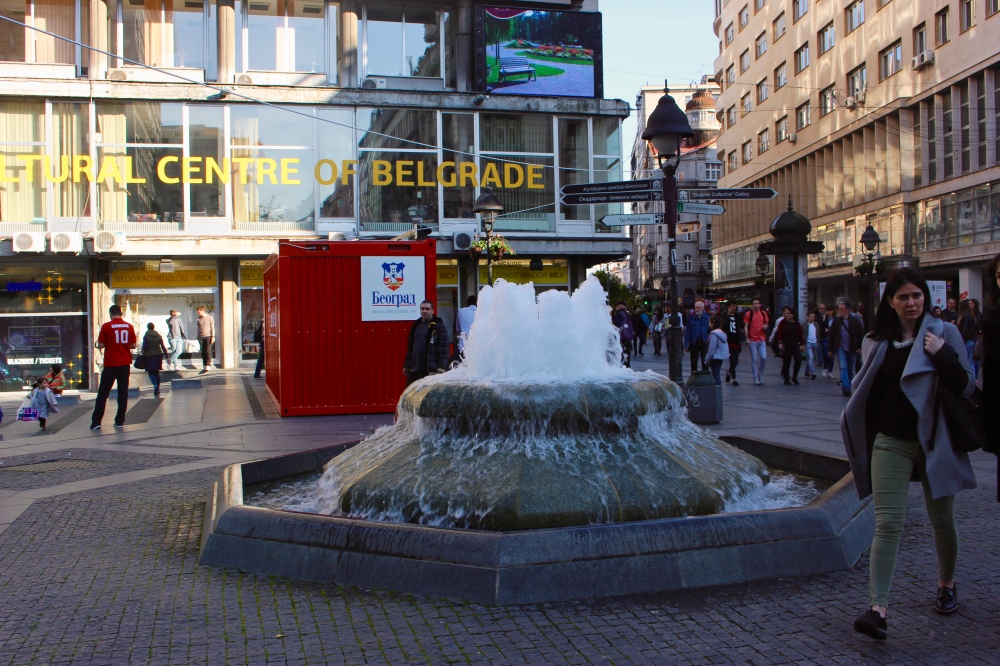 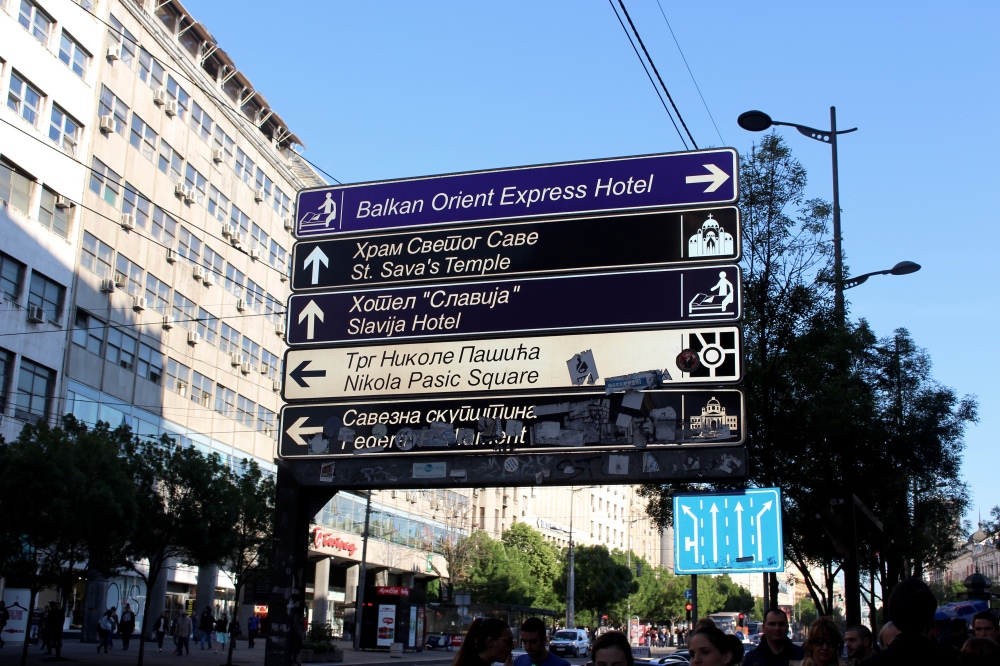 Our second day in Belgrade we went to the Palace of Serbia and had a tour of all of the different rooms. We also spoke with some people from the Ministry of Youth and Sport about different programs that Serbia has to keep its youth engaged and learned more about Serbian life from the governments perspective. We also went to the National Bank of Serbia and got a tour of the museum. No pictures were allowed but if you’re ever in Serbia I would definitely recommend going! I never knew the history of currency and the Serbian economy could be so interesting. 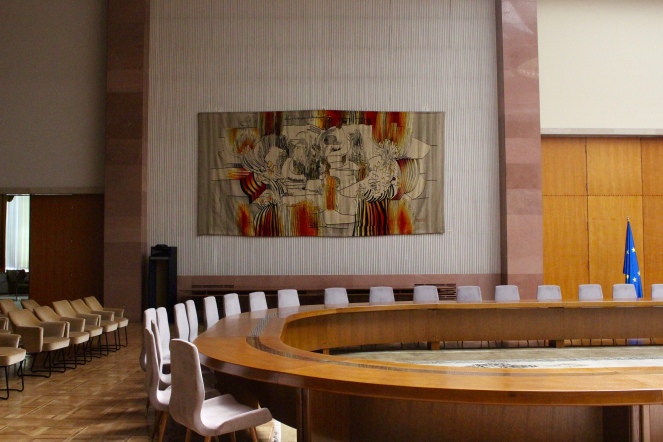 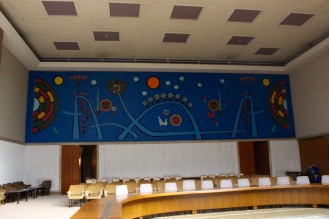 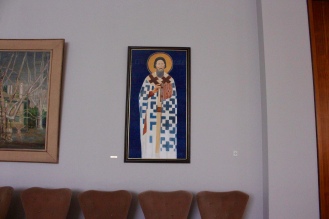 We finished the day with dinner on the river and while we had a lot of struggles ordering food since we didn’t know Serbian and the waiter didn’t know English, in the end we all enjoyed our meal. It really served as a reminder of the importance of having some basis of a country’s language before you visit. It’s easy to assume that someone somewhere will always speak English which is true in most places, but it’s always best to be prepared  to tackle the language barrier. 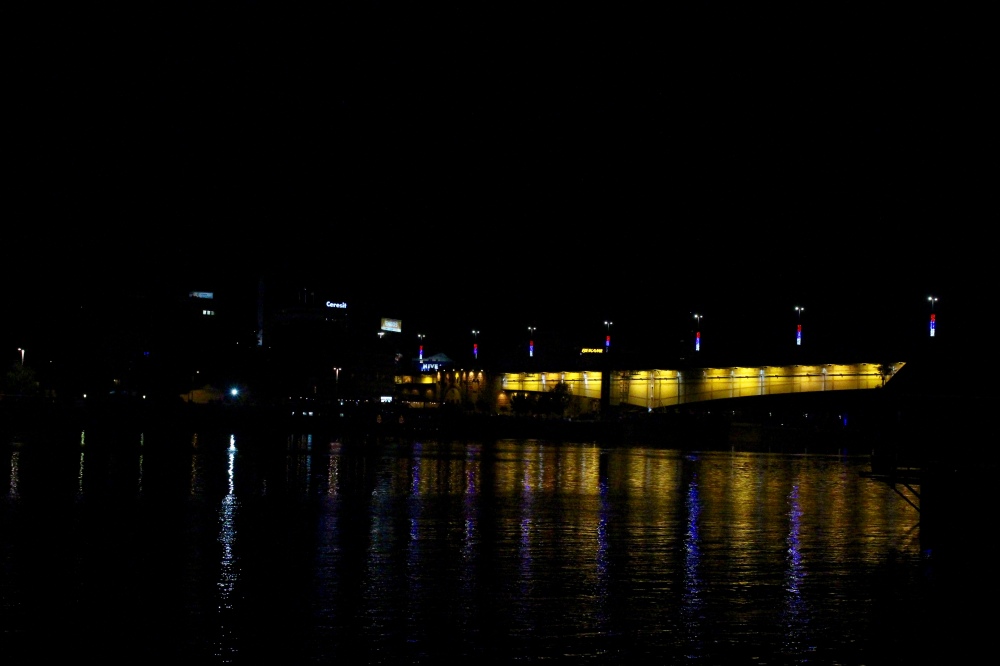 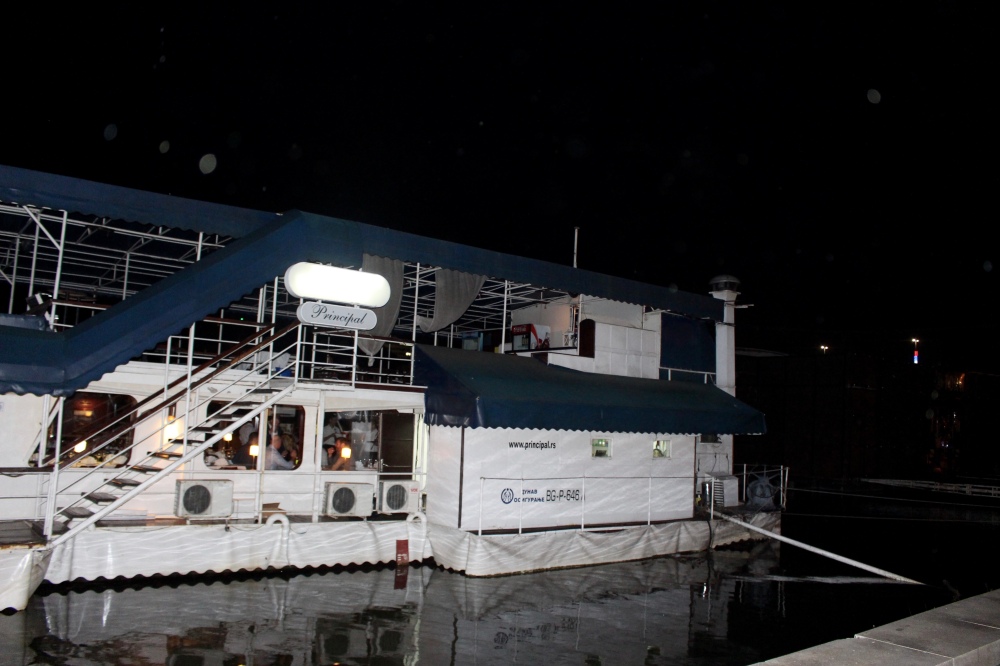 On our way walking back to the place where we got taxis, we passed a skatepark with this on the opposite side. For some reason, it took me by surprise that Serbian teens were so much like Americans when it comes to the different social scenes and pastimes, especially with something as niche as skateboarding. 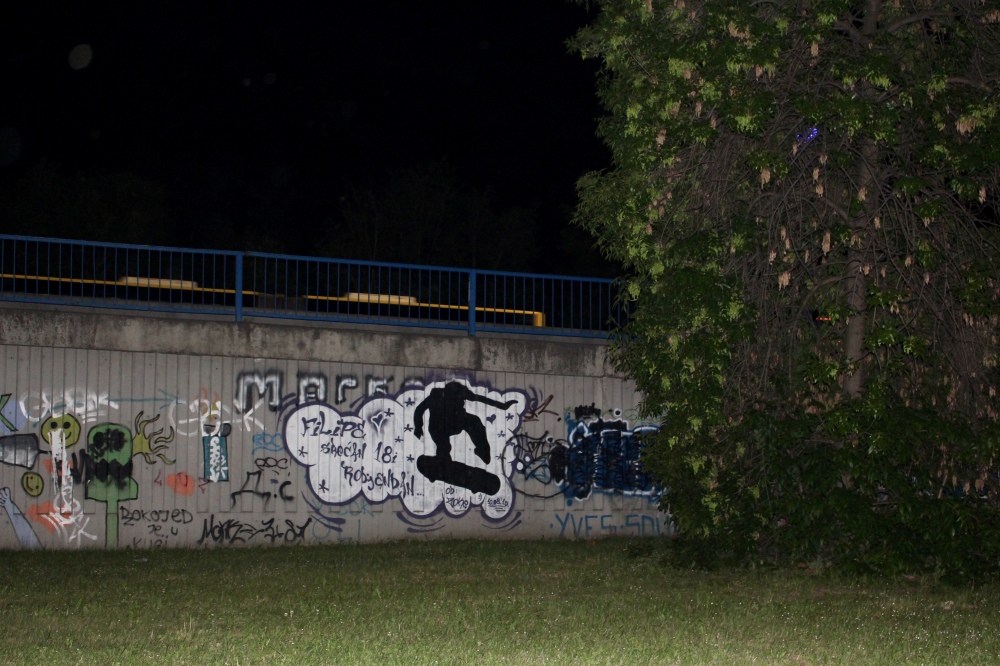 We left Belgrade for a week to go live with our host families in different cities but we came back and spent some more time in the city afterwards. We went to our favorite coffee shop one last time and ended up at the Museum of Yugoslavia. I definitely went crazy with how many pictures I took there so I’ll post those in a separately. One of the things I loved most about Belgrade was all of the graffiti around the city! I know very few Serbian words so I’m not sure if any of these walls say explicit things but let’s hope they don’t! 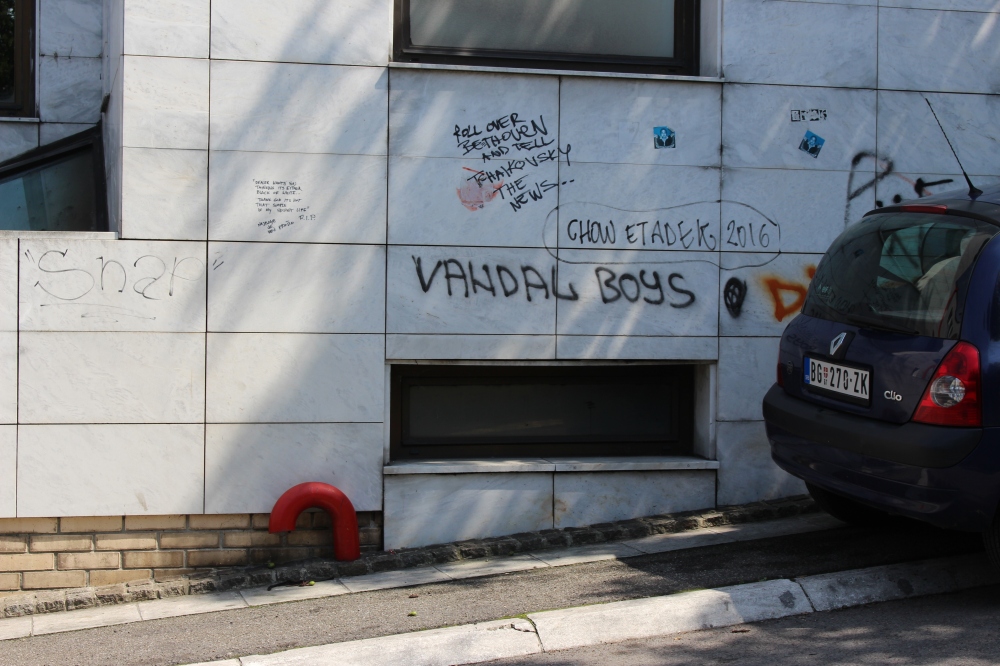 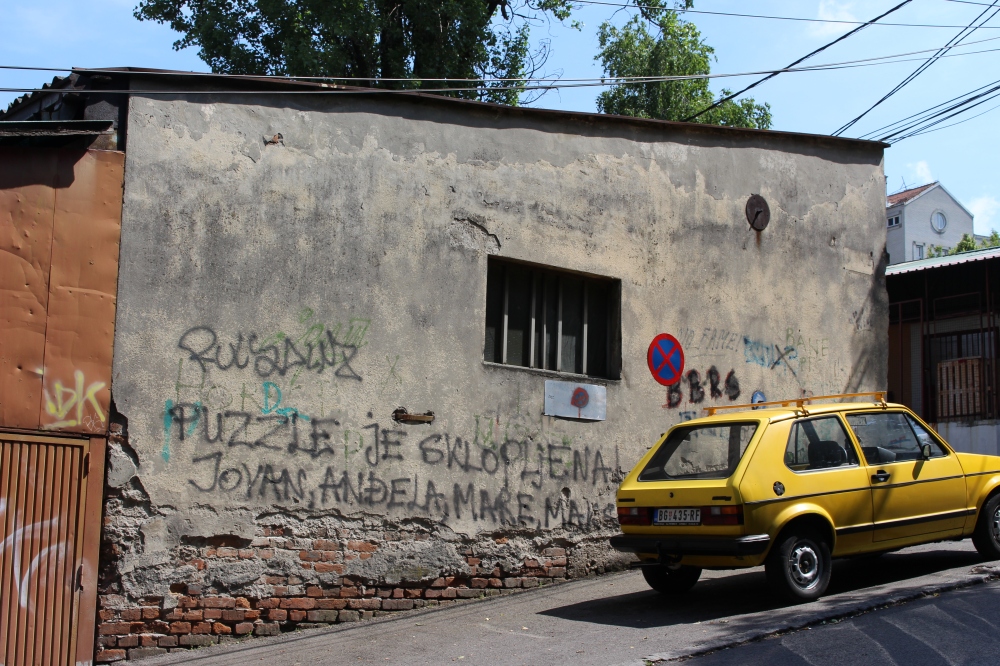 This piece of Serbian flag colors was one of my favorites because of how simple yet powerful it was. One thing I learned about Serbians is that they are super proud to be Serbian and they know a lot about their history and language. There’s such a rich and long history of Serbia and its people and they take pride in their culture and are so ready and willing to share it with anyone who is interested. Anytime I asked a question about something that happened in Serbia or the surrounding area recently or thousands of years prior, someone had an in depth answer. 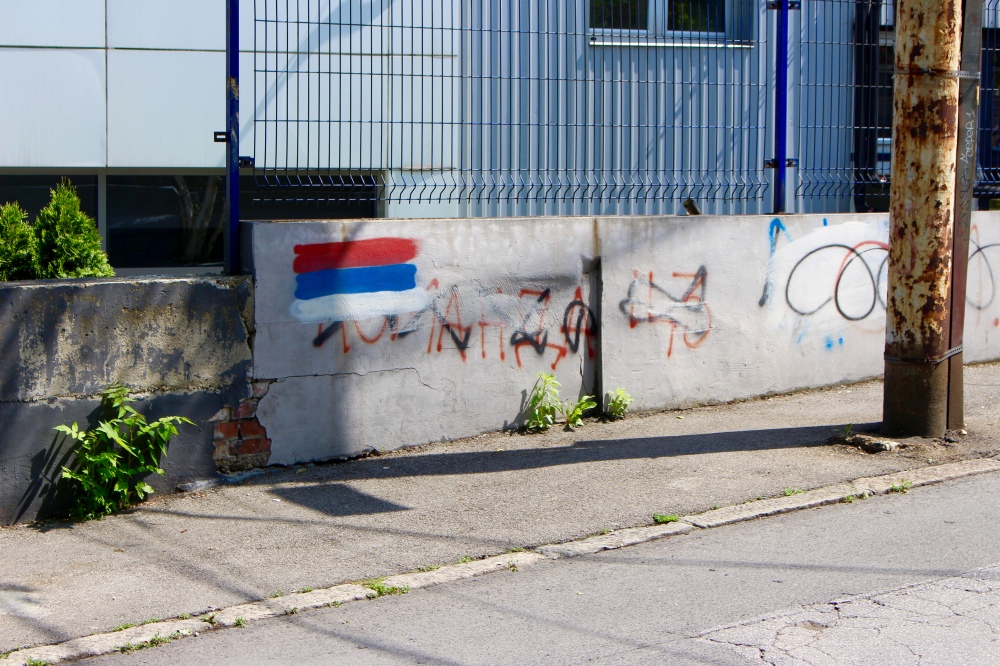 I can’t wait to go back to Belgrade because there’s so much more I wanna see and so much more food I wanna eat!